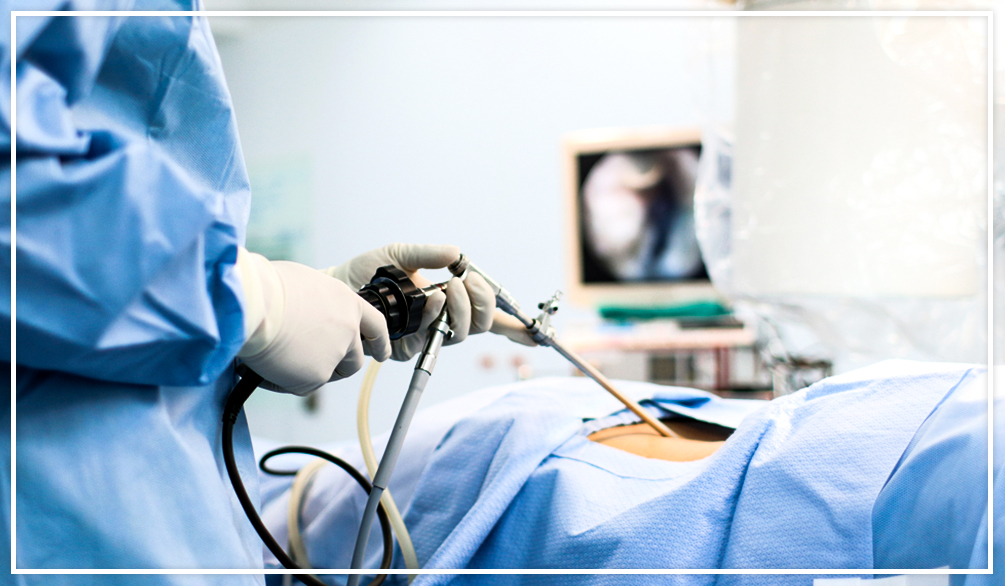 Laparoscopic urology, also commonly known as keyhole surgery, is a minimally invasive surgery that has been recently developed in the field of urology. The patients who have undergone this surgery have the same diagnostic and therapeutic values as the open surgeries, but it also includes reduced postoperative pain, lesser duration of hospitalization, and better cosmetic benefit. Recently, even robotic technology is used in this field for the benefit of patients undergoing laparoscopic surgery. Laparoscopic urology is done for both benign and malignant conditions, and it has a faster recovery rate compared to the open surgeries done before.

Pyeloplasty is a surgical procedure that is done to treat a blockage of urine flow from the kidney, mostly in the ureteropelvic junction (UPJ). UPJ obstruction can present with symptoms of abdominal and flank pain, stones, infection, and deterioration of kidney function.

The surgery is performed under general anesthesia. The benefits of laparoscopic pyeloplasty include:

Nephrectomy means the removal of one or both the kidneys. Hence, laparoscopic nephrectomy is a minimally invasive technique and an effective technique used to remove a diseased or a cancerous kidney. The surgery is performed through three small incisions in the abdomen, and the kidney is removed. Apart from this, Laparoscopic partial nephrectomy is also done to remove small renal tumors. This method provides lesser discomfort and the same results as open surgeries.

The advantages of this surgery include:

Laparoscopic nephrectomy is suitable for patients with benign conditions, which results in end-stage kidney disease, also commonly known as kidney failure, the symptoms of which include infection, kidney stones, obstruction, dysplasia, etc.

Usage of laparoscopy in orchiopexy proves a reliable and safe therapeutic option to patients with impalpable testis. It was initially used as a method for the localization of the impalpable testes prior to exploration and now has made an immense area for itself due to its safer practice in this field. Laparoscopic orchiopexy is done in order to make fertility better in males and lower the risk of testicular cancer. It plays a significant role nowadays because of its extra benefits like reduced hospitalization from the previously done surgeries.

As a whole, laparoscopic surgeries are used in the field of urology to improve the postoperative complications in the patients mainly and is a better and safe choice for the patients.